The Mouth of the Righteous

Remarks given at a prayer service for the Tree of Life Congregation in Pittsburgh.

The mouth of the righteous
is a fountain of life,
but the mouth of the wicked
conceals violence. (Proverbs 10:11)
Hebrew poetry, especially in the Book of Proverbs, is quite fond of parallels.  In Proverbs, the mouth of the righteous is many things, good things.  Here, it is a fountain of life, and there are three others – the teaching of the wise; revering the Lord; and big-W Wisdom.
I wondered what the mouth of righteousness as a fountain of life might be like and I finally settled on it being the sound of our daughter’s voice when she sings.  Elsewhere in Proverbs (10:20), “the tongue of the righteous is choice silver,” which reminds me of her voice when she merely speaks.
But the mouth of the wicked…
That could be anything from a sinister whisper to an uncontrolled bellow.  What unthinking and unexpected violence do the wicked unleash when they merely speak?
Words are powerful; we know this from reading Scripture.  But they can also be hurtful; and when they are used to conceal the violence behind them, they can kill, provoking a moment of anger that cannot ever be taken back once released.
The mouth of the wicked speaks to the weak, the flawed, the damaged but not broken, whose actions then reveal the violence.  We gather to pray for their victims, but pray also for them, that someday they may ask for forgiveness, from our Creator God in heaven and from those whose lives they have destroyed.
I know the Lord forgives and pours out grace upon grace on us all.  I pray that God’s loving grace can remove our demons and heal all wounds and comfort the grieving.  And I remember the words of Ecclesiastes, who said:
For God will bring every deed into judgement, including every secret thing, whether good or evil. (Ecclesiastes 12:14)
Amen. 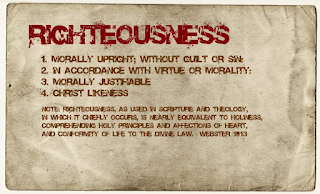 On December 12, 1980 (!), the English band The Clash released their triple-disc album called Sandinista, which featured, among other things, the first U.K. rap song, The Magnificent Seven.

According to the band's web site, "Taking its name from Nicaragua's left-wing rebel force, the album tackles subjects including US foreign policy, Vietnam, and Cold War tensions."  Sandinista was voted album of the year by the Village Voice.

Anyway, one of the tunes on the album, Hitsville U.K., has been in my head for a few days now, especially this lyric:

The mutants, creeps and musclemen,
Are shaking like a leaf

The song is about the trials and tribulations involved in making a hit record: the long odds, the smarmy record executives hanging around, the pressure, and so on.

But that phrase — mutants, creeps and musclemen — won't get out of my head, and I think it's because I'm getting toward the end of a book called Bloodlands: Europe Between Hitler and Stalin, by Timothy Snyder.  The London Telegraph named it their book of the year in 2010, as did The Atlantic, the Economist, the Seattle Times, and the Jewish Forward, among others.

In this book, the mutants, creeps, and musclemen hardly worry about anything, since they are the ones controlling the chess board.  The musclemen, of course, are the ones doing the actual killing.  It matters little whether these musclemen were Germans or Soviets.  They did their murders in Poland, Ukraine, and Belarus, for the most part — Eastern Europe generally was a killing field for nearly a quarter of a century, despite the ever-shifting political borders at the time.

Hitler and Stalin, Snyder writes, wanted to build their versions of utopia, though the two visions were completely different (387-389).  Both leaders lived in what Snyder calls 'fictitious worlds,' so maybe this makes them the mutants, since the world had never seen anything like this before.

The creeps, then, were the politicians, underlings, and thugs who transformed both Hitler and Stalin's 'suggestions' into policies, actions, and reality.

They were all responsible in one way or another for the deaths of millions of people, not counting those who died on the various battlefields during this same period.

I'm reading this book and others like it (for example, Red Famine by Anne Applebaum) because I want to understand how we can turn people into numbers; I want to understand how we lost our humanity then, because I can sense it slipping away from us again, now, here and there as a slow drip drip drip.  We all have names.  We all have lives and families and friends.  We have to be careful in how we treat each other, every day.


Everything flows, everything changes.
You can't board the same prison train twice.
Vasily Grossman
Everything Flows 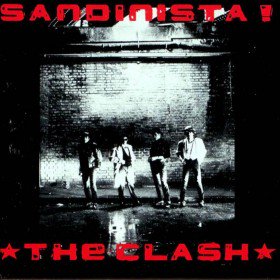 Then the Lord Answered Job

This is a sermon given at North Falmouth Congregational Church, UCC
a few years ago.

[This piece was originally written in 2014 to commemorate the twenty-fifth anniversary of the murders in El Salvador.  This edited version incorporates new material and updates the original text.]