Originally presented as a series of Lyman-Beecher lectures at Yale Divinity School, this slim book includes three chapters, each based on an individual lecture, and four sermons which serve as illustrative examples for the material covered in the lectures.  Moss talks not just about preaching, but also about the history of Black, or ‘blue note,’ preaching, what Valentino Lassiter calls ‘the African American preaching heritage’ (Lassiter, preface, 9).  Like Lassiter, Moss notes that modern day preaching often fails to address contemporary needs.  His lecture series and this book seek to correct that situation.
This review offers a brief summary of the book followed by a critique, and concludes with an assessment and recommendation for the intended audience. 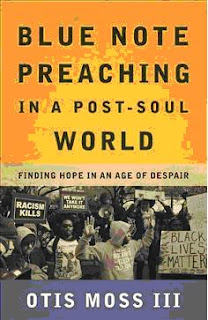